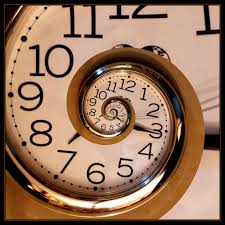 “Everyone serves the good wine first, and when people have drunk freely, then the poor wine. But you have kept the good wine until now.” -John 2:10
If you’re just about to head off for Pretoria, you’re probably a bit nervous. What about the demonstrations? Are they going to mess up this year as well? Let year they just barely managed to finish off the semester and write exams. What if the #feesmustfall guy are better organized this year? Will they manage to bring everything to a stand still?
They’re all legitimate questions. And, truth be told, I don’t have answers for them. No one does. No one knows. The future is always uncertain.
But it also doesn’t help that much to look at what has happened so far and then try to deduce what is most likely. Or at least: if you’re going to do that, make sure you do it with a good measure of trust in God.
You’re like someone who doesn’t get to a wedding until late and hears the rumor that the wine’s all gone already. The best hours have already passed, and what you get is not going to be as joyful as what they all had. This year could work out that way: and then, with the inconvenient necessities of more intense security around campus, they’ll maybe manage the semester somehow, but the fun will be out of it, and maybe also some of the education quality.
Or maybe not. Maybe – and you have to expect this as a possibility as a Christian – maybe God will reach into your life in an unexpected way and make it not just bearable, but better than what you ever might have expected. Then it would be like at the wedding at Cana: the best wine isn’t what came out at the beginning, but what Jesus brought at the end.
I’m not saying that this is how it will be, only that this is what could happen. Sometimes God brings us to suffer difficult times in order to prepare us for eternity. As Christians, we can take joy in either situation, because we know that God hasn’t forgotten about us, that, regardless what happens, he is protecting us from every kind of danger.
And we know that other message, that the wedding at Cana shows so well: God’s glory first really appeared in Jesus Christ. Before that, you hoped to squeeze through with your own righteousness, but in Jesus Christ we received what is so much better: Not just to not be send away by God, but actually to be drawn to him as his own children. This is why we can celebrate in good times and in bad ones – because we know that they’re just time, and that our inheritance is eternity.